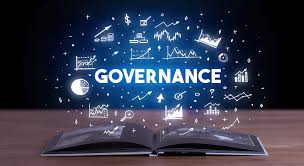 One: There are different understandings of the terminology within the same organisation

Most organisations are full of lots of jargon and terminology which can mean different things to different people. It’s all very subjective and this is usually because of the culture within a particular organisation. The way the various terms are applied within organisations can vary their meaning. And that’s ok – but you should also be wary of it.

Data Governance takes a long time, and particularly in the early phases, it takes quite a lot of effort. Therefore, it is understandable that people look for ways to quicken this process up. One of the ways I am often asked if this can be done is by fast-tracking the creation of items like a data glossary by using standard definitions.

However, it’s not a part of the process that can be skipped or glossed over, so to speak. Part of the reason for this that organisations, even those within the same industry, very rarely use the same terminologies in exactly the same way. This means there is no bank of standard definitions to pick and choose from; what works for one client, will very rarely work for the next. Only by creating your own data glossary can you be sure that everyone fully understands the definitions within it.

Two: Disengaged stakeholders and a lack of budget

First, there is a danger that the required processes won’t be executed correctly. Additionally, because of costs, critical improvements may not be implemented, or the initiative may need to end prematurely.

Sourcing the budget needed for an initial data governance initiative is easier today than ever before because there are regulations that justify it, for example the GDPR. However, it is crucial that management also makes sufficient long-term resources available to finance all roles and functions required for robust data governance on an ongoing basis.

If your stakeholders aren’t prepared to put their money where their mouths are, this would indicate that the initiative is not being taken seriously enough and its value is not understood.

Three: Only implementing Data Governance because of regulations

If the pressure to implement data governance comes from a regulator, then it is very tempting for organisations to look at satisfying the absolute minimum required to keep the regulator happy. This is a big mistake, as in the long run, these organisations end up doing more work than if they properly implemented data governance in the first place. They also miss out on all the business benefits that come from improving their data management practices.

The tick-box approach to data governance is normally task-focused and completely ignores the people involved. They issue a checklist of things that need to be accomplished and issue threats if the tasks are not completed. As a result, people go through the motions because they must, and they see no real benefit to their day-to-day job.

As a consequence, it’s going to be hard to embed your data governance framework within your organisation and you will always be chasing people to make sure that they have complied with the regulations.

Regulators are notorious for moving the goal posts, so if you have not embedded data governance into your organisation, every time they change the regulations and update the checklist you will probably move back to square one, which means implementing the new checklist.

If data users aren’t reporting data quality issues, this indicates that either people don’t know about your process to investigate and fix issues, they don’t think you will be able to make a difference (maybe based on years of no-one being interested in making data better) or perhaps they don’t understand that the manual workarounds they have to do every day/week/month are the result of poor data quality and everything could be improved and streamlined if the underlying issues were addressed.

Whatever reason, it all boils down to communication. And if you’re failing to communicate with your data users your data governance initiative is sure to fail.

Five: It’s not being talked about outside of IT

This is always for the best of intentions. Even though IT does not own the data, they understand the implications of not managing data properly, and therefore they are often the first people in any organisation to realise that proper data governance is needed.

Businesses often leave IT to deal with data governance because they confuse the infrastructure with the data. If you work for an organisation that still believes that IT owns the data, then assigning IT to run the data governance initiative may seem logical.

In my experience, IT-led initiatives are too focused on tools that do things like cleansing data. This is understandable, as companies tend to get their advice from IT vendors who are in the business of selling tools. The problem is that unless a business changes the way that data is captured at the point of entry, the quality of the data will never improve.