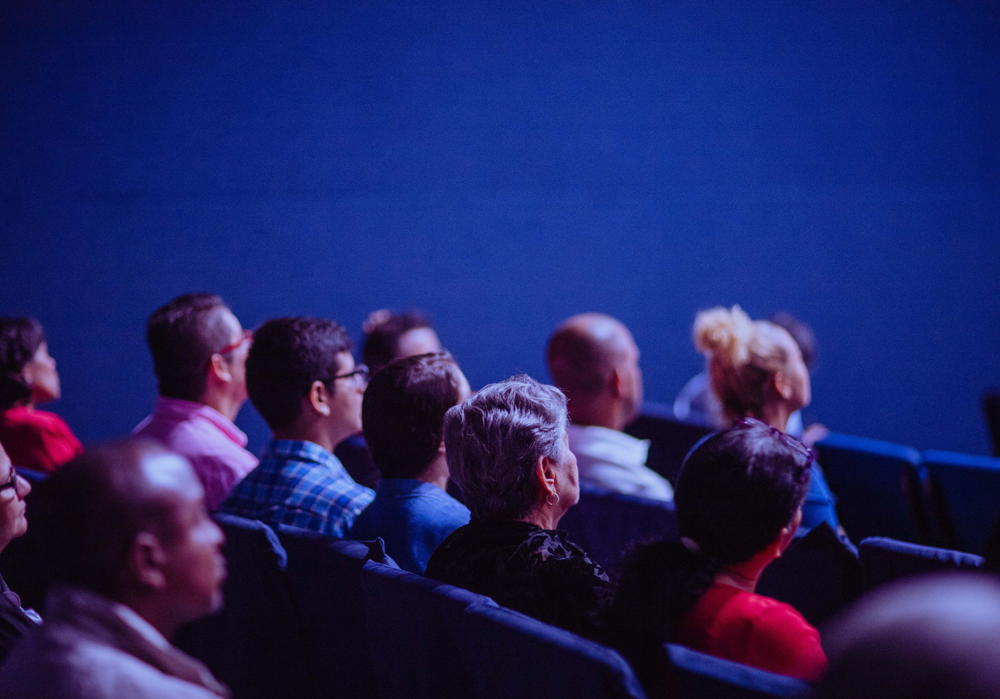 Let me set the scene. About six years ago, not long after the book Stories That Move Mountains was published, I was at a big technology company’s internal company event. Thousands of line managers, project managers, and consultants, were gathered for their annual three-day products and services training.

At 9am people were packed shoulder to shoulder in an aircraft hangar sized main hall for a keynote session. With huge screens on the stage cycling through welcome messages everyone was powering up laptops on their knees, tapping out a few early morning emails.

A short welcome from one of the company’s senior VPs was followed by an introduction ot our surprise keynote speaker Alison Levine. A mountain climber, adventurer, and as we were to experience an excellent storyteller.

For nearly an hour a room of people, where perhaps less than 1% had ever climbed in their lives, were spellbound. Laptop batteries gently drained and machines went to sleep as the usual multi-tasking in these sessions just did not happen. The story had humour, courage, sadness, and a twist in the ending. Along the way we also learned important lessons about team building, focus, and commitment.

In total, Alison had probably no more than 20 slides for the whole hour. Nearly all of those were images with little text.

Nearly every other session throughout the week was filled with content heavy slides, process charts, feature maps and marketing messages. There is no doubt that for this number of people, with flights, hotels, and all the conference facilities the bill must have been over $10 million. A big investment to set up a global services business for the coming year.

At the end of a week filled with 8 sessions a day I was at the airport waiting to fly home. I kept meeting people from the event on the same journey, and I tried a little experiment. After a little chat about how full the week had been, I asked each one to tell me the top 3 things they remembered from the event.

Number one every time was Alison’s session. Sometimes different parts of it were numbers 2 and 3.

People could remember large parts of the story, how they felt during the session, and could recall most of the messages. Everything else they saw, the content that had cost millions to deliver, was already fading. Even when I specifically asked about some of the other main sessions everyone attended people admitted they would need to go back and check the slides to recall the messages.

That’s a very expensive way to educate people about mountain climbing, but a brilliant example of the power of storytelling.

Alison used a technique I have since included in all my visual storytelling workshops to both increase the effectiveness of her presentation, and to allow her to deliver it in parts if required.

I’m not going to give away any spoilers about the story. If you ever get the chance you should experience it first-hand yourself. The overall structure followed what I would describe as a traditional journey story arc. It is in the next level of detail where Alison demonstrated the technique I will describe now.

The plot of the story was about her first and second ascent on Everest. Imagine her story broken down into scenes. From getting the call to join the expedition, meeting the team, finding sponsors, testing equipment, arriving at basecamp, all the way to the re-union some time after the expedition completed. Each scene had one slide, a carefully chosen graphic, to illustrate a key element. For a few examples: there was a photo of the team meeting for the first time, a map of route up Everest with staging camps.

In each scene she would spend about three minutes to tell the story of what happened. This personal experience was followed by one to two minutes reflecting on the lesson learned. Then in no more than a minute she put this in a context for the audience to use that lesson.

The language she used when asking the audience to imagine themselves using had everyone engaging their own experience to further relate to what had happened to Alison and the team in her story.

I’ve since seen Alison deliver similar sessions online. Sometimes in a much more limited time, so only using a few key scenes. Sometimes with very different audiences, where she adjusts the take-away part of each scene to relate more to their work and experience.

When my workshop attendees first start to get to grips with converting the message they want to deliver into stories there is a common response – they now see how much work might be required to do it well.

It is true that creating a well-developed, visual story based, presentation needs more work than just putting together some key messages on a slide. The outcome is also much more effective and proven to have a lasting impact.

With Alison’s technique the effort can be broken down into achievable packages. Start with the overall story structure. Be clear on the story arc and the key elements. Then create a scene-by-scene storyboard and understand the one key element each scene is delivering to your audience.

Now you can focus on creating each scene. One message at a time. Building a sequence with memorable small experiences that the audience can relate to.

I will be covering this approach in detail, with many more techniques, on April 21st 2021 in my online workshop “Use Storytelling Techniques To Deliver Architecture And Change Proposals”.

Martin Sykes is a qualified executive coach and mentor to EAs and Technology Leaders, author, and the Business Systems & Change Director at Team Consulting. In the last two decades Martin has been Director for Microsoft’s Enterprise Strategy & Architecture Centre of Excellence, a lead in major organisations for their Enterprise Architecture teams, and a coach to EAs around the world. Martin has also developed an approach to corporate storytelling and visual story maps described in the book “Stories that Move Mountains” which is now available in seven languages.