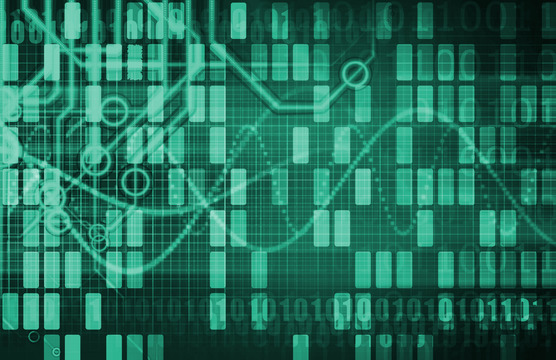 As enterprises around the world struggle with their digital transformation efforts, many are finding that their innovative digital teams are moving much faster than their hidebound IT organizations. Rather than struggling to convince traditional IT to get with the digital program, they are taking advice from IT research firm Gartner, and encouraging their existing IT to continue in their desultory ways.

By Jason Bloomberg, intellyx.  Jason will be speaking on Avoiding the Bimodal Disaster: New Life For EA at IRM UK’s co-located conferences EA Conference Europe 2016 and BPM Conference Europe 2016 , 13-16 June, London.  He will also be a panellist on the following session taking place at the event: To Be or Not To Be: How Does EA Best Work With Alternative Futures?

“CIOs need to respond to the cataclysmic technology shift within their own organizations,” claims Peter Sondergaard, SVP and head of research for Gartner. “The IT organization can’t turn into a digital startup overnight and, besides, there’s a raft of business-critical responsibilities that it simply can’t (and absolutely should not) divest.”

The answer – according to Gartner, anyway – is to split the IT organization into two parts, slow ‘mode 1,’ responsible for traditional IT services, and fast ‘mode 2,’ which emphasizes agility and speed – what it calls bimodal IT. “This capability allows the IT organization to respond to the digital divide within their organizations by operating in two modes that are comprehensive and coherent, but deeply different, while exploiting the benefits of both,” continues Sondergaard.

However, while many CIOs and other executives are happy to follow Gartner wherever it is leading, many others are realizing the dangers of following Gartner’s advice. “My disapproval of bimodal IT assumes that CIOs are trying to use it to fix a problem by using a flawed approach,” opines Simon Wardley, Senior Principal, CSC Leading Edge Forum (opinions his own). “It is more being used to ‘bolt on innovation’ in much the same way that some companies are not adapting to digital but instead ‘bolting on a CDO.’ This is akin to adding lipstick to the pig.”

The central challenge with bimodal IT that Wardley is emphasizing is that it encourages IT management to shift their transformation efforts away from the slow, mode 1 IT. Transforming traditional IT is difficult, Gartner would seem to imply, so don’t bother. Gartner may be telling CIOs what they want to hear, but not what they need to hear.

Furthermore, many people have pointed out that the bimodal pattern isn’t new. “Whether you call it legacy versus emergent systems, Brownfield versus Greenfield deployments or sustaining versus disruptive technologies, the dichotomy between old and new or maintenance and development has been around since the dawn of IT,” explains Kurt Marko, Forbes contributor.

There’s also broad agreement that innovation often requires separation from the main body of an organization, both geographically as well as technologically. “It’s very important when you have an established organization to give room for innovation, and you usually can’t do that within the boundaries of an established organization,” says Michael Nilles, CIO of the Schindler Group and CEO of its digital business division. “So whatever you call it, you have to have it within another unit. You need teams focused on a new innovative piece.”

Organizing such ‘skunkworks’ teams may help drive innovation (as my article on @WalmartLabs illustrated), but the question still remains: shouldn’t the traditional IT department also transform?

What many organizations are finding is that for digital transformation to be successful, it must be end-to-end – with customers at one end and systems of record at the other. Traditional IT, of course, remains responsible for those systems of record.

In fact, executives are finding that digital budgets must align with lines of business, rather than separating efforts along bimodal IT lines. “We are moving toward a harder-line distinction in how we budget for costs and allocate costs to business unit customers,” explains Rob Meilen, vice president and CIO at Hunter Douglas North America. “We believe we can get a pretty clear picture on how these two spheres are operating without drawing an artificial line on an org chart.”

The reason so many CIOs fall for Gartner’s bimodal IT canard may be because of the perceived intractability of modernizing legacy IT systems. Many enterprises have been struggling with modernization for years, often with little but consulting bills to show for their efforts.

However, even modernization itself is transforming in today’s end-to-end digital transformation initiatives. Where a decade ago modernization centered on migrating old applications off of ancient hardware – a difficult task at best – today, we have better approaches to exposing legacy assets via modern application programming interfaces (APIs). “Some things need to be converted or migrated,” explains Hans Otharsson, COO of legacy modernization vendor OpenLegacy. “But sometimes it’s just an integration problem. Vendors have a wonderful ability, because they have one tool in their toolkit – let’s say it’s a hammer – to make every problem look like a nail.”

Furthermore, in many cases we can even modernize legacy applications in place – especially if they’re running on the mainframe. As I’ve written about before, today’s mainframes are modern, scalable, and highly reliable, and form the backbone of many enterprise digital efforts.

Following Gartner’s bimodal IT advice would relegate mainframes to the slow mode 1, even though modernizing the applications that run on them may be a critical part of the fast mode 2 digital efforts – a recipe for disaster. The mode 2 efforts might never get off the ground without proper support from the mainframe team.

Nobody Left to Mind the Store

That is, assuming there is still a mainframe team at all. Perhaps the most frightening danger to following Gartner’s bimodal IT advice is the fact that relegating the mainframe to mode 1 would discourage a new generation of professionals from working on the platform.

One of the greatest challenges to the bimodal IT approach is the impact it would have on recruiting and morale. “If I was explaining the two bimodal descriptions at an IT conference and I asked ‘Who would prefer to be a member of a mode 2 team?’, I estimate more than 90 percent of hands would go up, with 10 percent or less opting for mode 1 when asked,” points out Justin Vaughan-Brown, Vice President Marketing at Sendachi and former global digital transformation lead for CA Technologies. “This is goes at the heart of the bimodal IT issue, as recruitment of the smartest and most dynamic brains into mode 1 could well be a challenge going forward.”

Building and maintaining a millennial-centric mainframe workforce for the future is a primary concern for the customers of mainframe tools vendor Compuware. “It is doubtful that millennials are suddenly going to start studying CICS and JCL,” says Compuware CEO Chris O’Malley. “Nor are they likely to sit in front of green screens and navigate their way through arcane 20-year-old runbooks.”

The bottom line: separating the fast, mode 2 narrative from the mainframe effort by relegating it to mode 1 could spell the end to mainframe expertise in enterprises that depend on the platform. “Most technology narratives found in popular media center around cloud, Big Data, social and mobile,” continues O’Malley. “These are interesting enough. The reality, however, is that the world’s largest organizations—including the top global financial institutions—run on the mainframe. They always have, and they always will.”

A future where CIOs follow Gartner’s advice on bimodal IT is chilling. “The implication of bimodal IT is that traditional IT is facing an awful future – one where it’s consigned to keeping the lights on for legacy applications but precluded from participating in what’s viewed as critical to the future of the company at large,” warns Bernard Golden, vice president of strategy for ActiveState Software. “This is one place that I believe Gartner fails to comprehend what this bimodal reality brings – or at least prefers to not address it explicitly to avoid frightening its clients. As this bimodal reality sets in, one can expect many companies to experience huge conflict as the two camps engage in pitched battles for influence, resources, and power.”

The situation is not completely hopeless, however. CIOs who part ways with Gartner on this topic face a difficult transformation of traditional IT – difficult, but not impossible. IT must still remain in charge of security, compliance, and maintaining access to systems of record. However, none of these critical priorities should be separated from the innovative, fast efforts of the organization. Instead, they must transform as well to meet the end-to-end digital transformation objectives of the enterprise. Are you up to the challenge?

Jason Bloomberg is the leading industry analyst and globally recognized expert on agile digital transformation. He writes and speaks on how today’s disruptive enterprise technology trends support the digital professional’s business transformation goals.  He writes for Forbes, his biweekly newsletter the Cortex, and several contributed blogs. He also helps technology vendors and service providers communicate their digital transformation stories. His latest book is The Agile Architecture Revolution (Wiley, 2013). Follow Jason on Twitter: @theebizwizard. he can be contacted at [email protected]