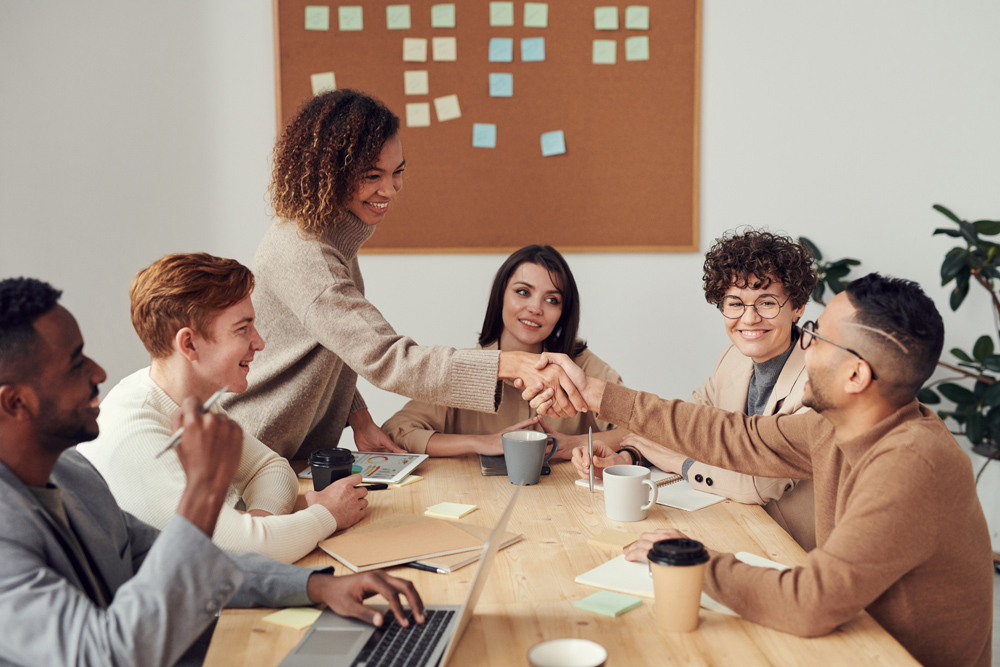 Culture determines how people behave. If you want to change behaviour, you have to look to changing the culture. This is the story of how we changed the culture of a team of business analysts.

We inherited this team; they worked in an organisation where the culture was pretty poor. People were uninterested in their work. They resented the time they spent at work; they cheated on timecards; they simply did not do any work whenever they thought they could get away with it. Naturally enough, performance and productivity were abysmal.

Our first instinct on taking over was to try and change the culture within our team. The culture of the organisation as a whole was poor, but we guessed that we could succeed if we made this a local, rather than global effort. We had to in some way isolate our team or make them feel distinct from the rest of the organisation.

Our first move was the seemingly trivial one to establish a team identity. We talked this over with the team and they came up with a rather silly but unanimously accepted name. We invented some silly but self-identifying games to play. We also reorganised the desks so that they formed a cohesive space, connected the people and gave them far more opportunity to talk to each other.

That was easy part. Now we had to make people feel relevant and valued. We did this by taking an interest in the work that they were doing — actually looking at their work and talking to them about it. Naturally enough coaching was part of these conversations, but the emphasis was placed on the value of the work that they were doing which, in turn, made them feel more valued.

We also spent time discussing how each individual’s work fitted into the project at large. Our intention here was to make people feel relevant. When they understood how their piece of the work fitted into the larger picture, they had more of a sense that what they were doing was important and relevant, and a greater sense of ownership.

Time was raised in the team’s level of consciousness. We were in an organisation where time didn’t mean a lot; if project ran over time or budget nobody seemed care. Deadlines were set with little regard for how long it would take to actually do the work. We covertly reworked the schedules, involving the team in the estimates and planning. Previously, schedules were simply handed down from above and people were expected to comply with them. But everybody knew the schedules were a joke. Now we were showing people that their schedule was real: they  had contributed to it, and they knew that they were going to be held to account for finishing the work within the scheduled time.

This had a galvanising effect on the culture. People now felt valued, and they valued time.

We had somewhat insulated our team from the rest of the organisation. The repositioning of the desks mentioned above, and the improved behaviour of our team meant that we were now a haven within the organisation. This led to a certain amount of outside resentment, “Why should you guys be having fun at work when we aren’t?” None of our team cared about this — they knew they were good and doing good work. That turned out to be the important factor. The team finished the project more or less on time, and enjoyed doing it.

Of course, this was not 100% perfect. There were a few that did not buy in to the culture change. However, their recalcitrance eventually led them to drift away to other projects, or in one case find a new employer.

There is much more to culture change than we have talked about in this example. We recently collaborated with our Guild partners to use our collective experience of many organisations to write the book, Happy to Work Here: Understanding and Improving the Culture at Work. This book discusses the six drivers of workplace culture:

We mention these because if you are planning to make a larger scale or more permanent cultural improvement, it is well worth knowing about the factors that drive workplace culture. You will note that the first two drivers are about the value of people and the value of time — the drivers we briefly touched on in the example of our team’s culture change.

Culture is not immutable. It can be changed and should be changed if you want to see an improvement in your team’s productivity and quality of output.

Suzanne Robertson and James Robertson are principals and founders of The Atlantic Systems Guild http://www.systemsguild.com and joint originators of the Volere requirements process, template, checklists and techniques http://www.volere.co.uk

Happy to Work Here: Understanding and Improving the Culture at Work is available from Amazon. https://www.amazon.co.uk/Happy-Work-Here-Understanding-Improving/dp/0989282066