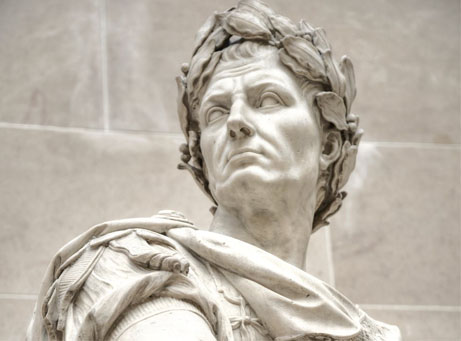 The Emperors of ancient Rome lived a life defined by power and authority, but also with the corresponding risk of betrayal and death, so it had its ups and downs to be fair. In order to mitigate this situation an elite military unit was formed with the exclusive duty of protecting the reigning incumbent from the perils of ‘healthy competition’, or a quick stab in the senate, to coin a phrase. The Praetorians took their job seriously and like any elite unit gained a notoriety amongst Roman society for not only being the ‘guardians of emperors’ but also the ‘makers of emperors’ if the denarii were thrown in the right direction. However, in the main they provided security, confidence and reliability to the Big Boss and in this way it’s my contention that they bear some resemblance to the humble Business Analyst. “Really?” you cry … “Are you not just indulging your well known predilection for historical and military metaphor Dave?” Well, friends, readers and countrymen, lend me your ears…

David Beckham, Senior Business Analyst, Aviva; david.beckham@aviva.com
David spoke at the Innovation, Business Change & Transformation Conference this past March on the subject of Transforming Your Business – A View From The Trenches. See the event gallery here.

A Funny Thing Happened On The Way To The Forum

I was recently attending a BA Management Forum event in London and had several conversations regarding the real role of the Business Analyst in the higher levels of organisations but the seeds of this article were sewn back in September 2017 during a conversation at the European BA Conference, so it’s been quite a while marinating but hopefully the following result will be worth it. So let us commence our odyssey…

At a basic level the BA is perceived by the wider community1 as King of the Requirements domain; in essence a pastoral role of herding flocks of requirements using the method de jour in order to achieve a business outcome that is positive for all concerned. This is a commendable activity and one which is vital to the implementation of change within any organisation. But it strikes me that we in the BA Profession need to aim higher than that. Shepherds by definition tend to stay with the sheep (in the nicest possible sense) and not rise to be in charge of the farm which made me think; how many organisations (IT or at least ones churning through a serious portfolio of change delivery) have senior management with a Business Analysis background? I’m certainly not aware of any but then again I don’t get out a lot… I’d be interested to know the percentage of BAs at senior leadership team level because I believe organisations are missing a trick if they don’t have a person at executive level who if not actually titled a BA, at least thinks and acts like a BA. Every CEO should have a Business Analyst type at their shoulder to check their thinking, constructively challenge strategy, know what the current state is, understand the art of the possible and generally guard them from poor decisions which could ultimately lead to the metaphorical and aforementioned stab in the senate.

So, if the apparent paucity of BAs in senior positions within organisations is in fact true, how has this come about? What is the cause of this theoretical glass ceiling? Well, here are a few possible reasons that I’ve considered3:

Business Analysis is hog-tied to IT in the eyes of corporate structure, which can be limiting in terms of potential career moves, although in many organisations this is becoming less prevalent.

Business Analysis is fundamentally perceived as a passive facilitative vocation whilst senior executive management is seen more as an assertive, decisive role. BAs are seen as being there to help facilitate decision making rather than actually doing it and our skill sets tend to leave us in a perceived servant position.

Business Analysis as a career has acquired the myth that to get to senior level you have to have undertaken serious project management, programme management or scrum master activity. So therefore you have to jump on that particular ladder to move up the corporate hierarchy. This is probably the most insidious aspect of the ‘glass ceiling’ to deal with and also possibly the most obsolete in today’s work climate of t-shaping, fluid organisational structure and feature teams etc.

The old management versus leadership conundrum comes into play in the sense that in many corporate cultures you have to be seen to be a manager in order to be a leader, whereas in reality the two are completely different. It may be the case that BAs don’t like being managers in the sense that we may baulk at un-necessary or unwieldy admin processes but I’m open to correction on that one…

Maybe Business Analysts just don’t like leading!! Perhaps we are more comfortable in princeps de medio, or leading from the middle?

Holding out for a Hero

Another factor that may contribute to the situation is the fact that we do not seem to have many well known Business Analyst heroes. The entrepreneurial world has many; Gates, Bezos, Jobs et al but the only one I can immediately think of would possibly be Elon Musk but I have no real justification for that aside from the fact he is very much a disruptor! It could be argued that many successful business leaders exhibit some of the traits associated with Business analysis but I can’t seem to call to mind any that actually are, or have been in the role. Is this a problem? Well, I guess that depends on your point of view; as a profession we’re used to working in the background but the end result of that is that you have a lot of people in the background….! There is no doubt that the visibility of the Business Analyst Profession has improved hugely in the past decade and we are now blessed with various professional bodies, qualifications, a splendid annual European conference and even a growing government-sponsored apprenticeship scheme. These are remarkable achievements and are due in the most part to a select group of hard-working individuals who deserve a lot of credit for their efforts. We have a wealth of talent in our community so perhaps the next evolution is to see BAs delivering presentations and keynote speeches at conferences for other IT or Change professions!

The Epilogue So to conclude, it is my belief that there is a glass ceiling at work in some organisations for the Business Analyst, although my evidence for this is more anecdotal than factual. I also believe that organisations that don’t have BAs operating on the shoulder of executives who make decisions are missing out on valuable intellectual capital, experience and insight from their own people, as opposed to spending large amounts on the views of external consultancy companies. I have no answers to this issue; in fact I’m not even sure that it is an issue for the majority of us who work away in the shadows and are happily contributing good value for their organisations. I do however think that our profession should address it at some stage in order to cross the Rubicon of BA leadership at the highest levels… But for the time being, thanks for listening and it gives me great pleasure to return those ears you lent me earlier…

David Beckham has spent his career working at Aviva and has been a Business Analyst in different guises since the mid-90’s. He was a founder member of the Business Analysis Practice when it was formed within Aviva IT and has had two terms as the Practice Lead. He has worked on numerous large change programmes and has been heavily involved in building the capability of Business Analysis within his organisation over the last few years. He has presented at the European BA Conference on a regular basis and has had several articles on Business Analysis topics published through various media. Despite being diagnosed with Parkinson’s Disease in 2010 at the age of 43 David continues to relish his role as a Business Analyst and is a passionate advocate of the profession and the benefits it gives to organisations everywhere and regularly speaks on the positive power of change both on a professional and personal basis.

1i.e. anyone who isn’t a Business Analyst
2Which may well translate to “I came, I saw, I clarified” but I’ve only got Google’s word on that
3But do not necessarily agree with or advocate