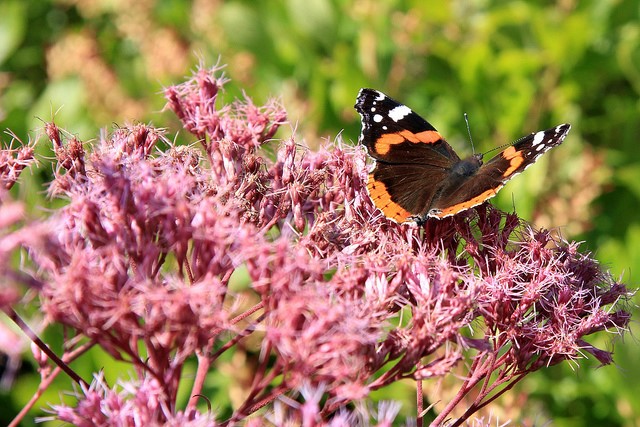 There’s more to architecting change than managing change, however. In order to deal with disruptive business environments – as well as introducing disruption intentionally to shake up the competition – organizations must become better at dealing with change generally.

In other words, change itself must become a core competency.

Furthermore, the EA should play a central role in this pursuit of greater business agility, as there are many different types of change that require different approaches. Taking a difficult, multifaceted problem and breaking it up into its core pieces in order to apply appropriate solutions, after all, is a core strength of the EA.

For those EAs out there who are questioning what it means to architect change – as well as anybody else struggling to achieve greater agility in the face of ubiquitous disruption – let’s break down this complex notion.

Change, of course, is difficult, and given a choice, people would simply rather not do it. As a result, organizations only change when they have to – when the pain of not changing is even greater than the pain inherent in the change itself.

Change, therefore, addresses a pain point or generally solves a problem (or set of problems) – and once we’ve solved those problems, then we’re done managing the change. As a result, traditional change management follows this pattern: unfreeze/change/refreeze. The current status quo is causing issues, so undergo some kind of change process to a new state, which becomes the new status quo.

This current state to future state thinking is central to traditional enterprise architecture frameworks, and has also given rise to the entire change management industry. In fact, if you ask executives how their organizations deal with change, more likely than not they’ll point to their change management organization.

For example, let’s say your organization is moving its headquarters to a different location. In this kind of situation, the present state (starting off in the old location) and future state (ending up in the new location) are straightforward, and the goal of the change management exercise is to deal with all the challenges in between.

The bigger picture here, however, is the fact that such straightforward changes are more the exception than the rule – and organizations facing broad-based disruption need better tools than traditional change management for dealing with such disruption.

The unfreeze/change/freeze approach only works with change that has well-defined, reasonably stable present and future states. Let’s call this type of change finite change.

We may also have to deal with linear change (or perhaps more accurately geometric change). If our company is growing at a steady clip, then an important key performance indicator is the compound annual growth rate (CAGR) of the organization’s important metrics, like profitability. Managing growth, therefore, is an example of managing linear change. Linear change is as familiar as finite change, but has no end state.

The third type of change is cyclical change. Business cycles, for example, drive cyclical change, as the economy gets better and then worse, only to repeat itself. Another important cause of cyclical change is the product maturity cycle familiar from value chain mapping: products go from innovations to a ramp-up phase to the mature, high-profitability phase, until such time as the next innovation invariably comes along to supplant them.

Fourth is discontinuous change. Some unusual event suddenly disrupts the status quo. Common causes of discontinuous changes include natural disasters, terrorist attacks, or the death of a key executive. Disaster recovery planning is a typical approach for dealing with this kind of change.

Fifth on our list is accelerating change. Any sort of change tied to Moore’s Law, for example, is accelerating change. Because such innovations, whether they be processing power, memory or storage cost per unit, or even the battery power required to run a device follow exponential curves, they often catch people by surprise when they reach a significant inflection point.

Accelerating change may be difficult for people to get their heads around, but nevertheless it is effectively predictable. How many gigabytes of storage will we get for a dollar in 2025? Work the math properly, and you’ll come up with a reasonable guess.

So far, so good – the five types of change on our list so far are relatively familiar. You may not have thought to list them separately, but once we do, it’s clear we’ve already come up with straightforward, effective approaches for dealing with each type of change – at least, until we get to #6.

I call #6 on our list chaotic change – chaotic in the butterfly-in-a-forest sense that a small change in initial conditions can have a dramatic, unpredictable effect down the road.

Chaotic change is the type of change I’ve been talking about at Intellyx all along. If the disruptions in our business environment are unpredictable, and more importantly, have unpredictable effects, then none of our approaches for dealing with the first five types of change will help us manage such chaotic change.

Fundamentally, there are no recipes for dealing with chaotic change. Instead, we must up our game. We must help our organizations become more agile – better able to deal with change overall. Not any particular change as traditional change management would prefer, but change as a core competency.

If you’ve been following my writing at Intellyx, you’ll recognize the two fundamental tools I recommend for dealing with chaotic change: inherently flexible software and self-organization at scale (download our new Agile Digital Transformation Roadmap poster for more detail).

On the technology side: the key to inherently flexible software is to separate the underlying software platform from application-building capability – functionality that is only now beginning to mature in today’s low-code and no-code platforms.

Perhaps the most important lesson from this Cortex that EAs should take to heart is that there are many different types of change, and not all of them are chaotic. In fact, the approaches I recommend for dealing with chaotic change would be overkill for dealing with the other types of change – too risky and expensive as compared to traditional, well-understood change management approaches.

However, in today’s increasingly digital world that sigh of relief is likely to be brief, as chaotic change is all around us, and it’s only getting worse. While it’s true that this sixth type of change is the most difficult to deal with, given how prevalent it is, you should already be well on the way to implementing best practice approaches for dealing with it. The very survival of your company is at stake.

Jason Bloomberg is the leading industry analyst and globally recognized expert on agile digital transformation. He writes and speaks on how today’s disruptive enterprise technology trends support the digital professional’s business transformation goals.  He writes for Forbes, his biweekly newsletter the Cortex, and several contributed blogs. He also helps technology vendors and service providers communicate their digital transformation stories. His latest book is The Agile Architecture Revolution (Wiley, 2013). Follow Jason on Twitter: @theebizwizard. he can be contacted at jason@intellyx.com

Copyright © Intellyx LLC. Intellyx publishes the Agile Digital Transformation Roadmap poster, advises companies on their digital transformation initiatives, and helps vendors communicate their agility stories. As of the time of writing, none of the organizations mentioned in this article are Intellyx customers. Image credit: Karen Roe.