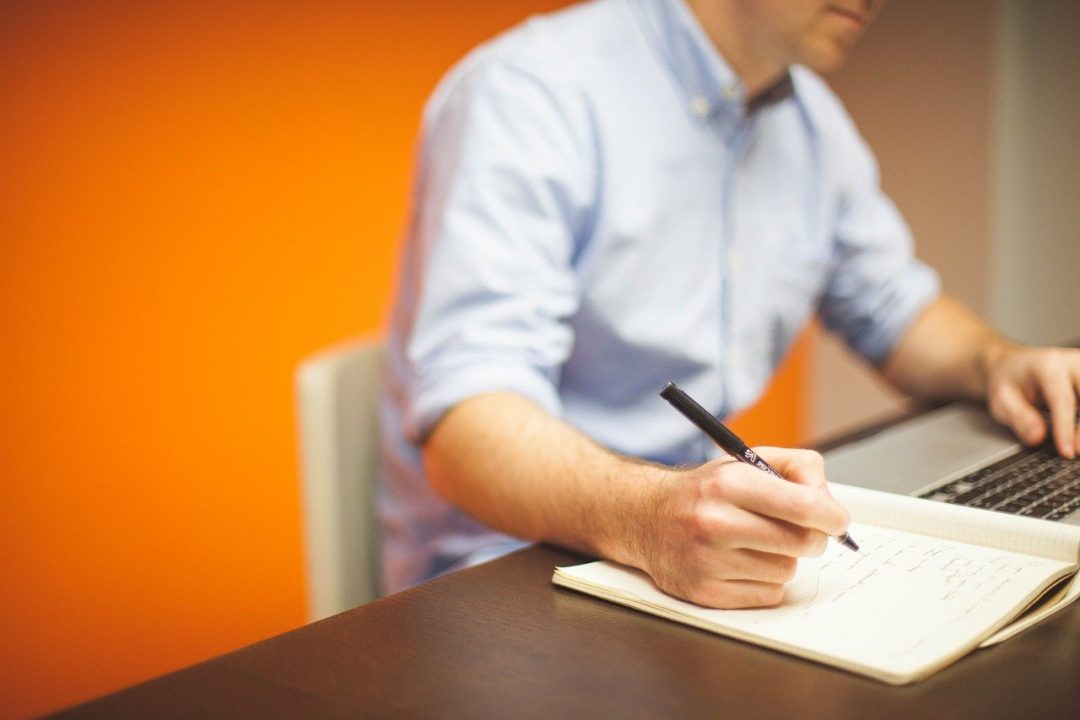 It seems obvious enough that companies, government agencies and non-profits would benefit from a common language.  Without it, coordinating work is more difficult, computers “don’t talk,” and basic questions such as “how many customers do we have?” yield differing answers, making it more difficult to run the business.

It is observably true that most organizations do not have a common language and experience many such problems.  Further, efforts to put all the data in one place have not yielded a common language.  Nor has the latest generation of technologies, such as cloud-based data lakes.

These points led us to ask the following:

✓ What does it take, from an organization perspective, to develop and adopt a common language?
✓ Is doing so worth the trouble (i.e., what is the compelling business case for a common language)?

This report deals with the first question.  Specifically, we’ve identified ten criteria, grouped into four broad areas (1.  Sense of Urgency; 2.  Long-Term Thinking; 3.  People, Process, and Structure; and 4.  Adoption and Growth) that we consider necessary if an organization is to have much chance with a common language.   Each is tough on its own and, taken together, the range of coordinated effort is staggering.

We do not yet know if a common vocabulary is always worth the trouble.  Indeed, we suspect that answer will depend on the individual company’s business circumstances.  And it may well be possible that a company could develop, adopt, and benefit from a very restricted common vocabulary.  We aim to explore these topics in a later paper when we report on question 2, above.

As a standalone, this document aims to both:

✓ Educate those contemplating a common language, and
✓ Serve as a “checklist.” Do not go forward with a common vocabulary effort unless and until you can meet these criteria.

One final note: Our work was guided by one unqualified success, a few partial successes, and many failures.  The unqualified success was Aera Energy LLC, the Bakersfield, CA (USA)-based oil and gas company.  Herein we use “bullets” to explore how some of these criteria were/are implemented at Aera.

1. Sense of Urgency: Employees at all levels of the organization can explain why the organization should develop and implement the common language (and not do something else instead), and why it should do it now (and not some other time). As a result, they make time on their schedules to contribute, as required. For some, the required time is significant.

2. Vision: A clear statement/picture of the intended reality once a common language is adopted, and how it will differ from current state.

In Aera:
– The purpose was to replace obsolete and redundant IT systems and improve data quality, specifically to “Integrate people, process and technology to deliver quality information to business customers.”

People, process and structure
To coordinate and complete the work:

4. A very senior responsible manager: with the authority, gravitas, and level to articulate/sell the business case, set direction, remove obstacles, provide resources, align others and enlist others to contribute. Note: This person does not need to have great depth with respect to data architecture per se. They just must be willing and able to actively provide support and exert credible influence to steer the effort to its successful completion. A wide variety of people, in various positions on the organization chart, can play this essential role. For the purposes of this document, this person is called the sponsor.

In Aera:
– The CIO assumed the role of sponsor, helping to secure the sustained support of the CEO and aligning the IT Department to the effort.

5. Relentless change leaders: who introduce the need for common language, persistently advocate and fight for it, define the business case and the vision, convert others, build a strong partnership between all involved, provide a means to implement common language, and deliver the business benefits promised.

In Aera:
– Several employees worked together as a team to help drive the change. The process owner for one of Aera’s core business processes was the champion who articulated the need for common language and the Zachman Framework for Enterprise Architecture (EA). He also served as the primary spokesperson for the effort. Three other early adopters, all from business teams at Aera, served as change agents. They helped to drive across the organization the adoption of a common language and of the changes required to achieve it. Underscoring the vital importance of business and IT partnership in this type of endeavors, these four individuals transferred to IT from business roles in engineering and management. One of them in particular, switched from a senior business role to IT, bringing tremendous business acumen and lending immeasurable credibility to the EA effort. He later became the chief architect when that position was created.

6. A well-defined process: to get the right people involved (those who have a stake in the outcome and/or are needed to complete the work). These people:
✓ Identify the underlying concepts,
✓ Define the appropriate language (key terms) for each concept,
✓ Resolve disagreements on definitions across the enterprise,
✓ Train everyone on the resulting unified language of the business, and
✓ Build it into computer systems.

See the Appendix for a high-level process flowchart.

In Aera:
– Developing and instantiating the common language was achieved through three sequential efforts:

Note: The Zachman Framework for Enterprise Architecture is a matrix for classifying elements of the “body of knowledge” that describes an enterprise’s nature and structure. It is organized in terms of rows that represent the different perspectives for viewing the architecture:

The framework also features “What”, “How”, “Where” “Who”, “When” and “Why” columns. Each cell then describes one aspect of how the enterprise works. For a more complete description, see Zachman’s web site.1

7. Skilled staff: A small team of people with the creativity and ability needed to do this at the right level of abstraction. Importantly, some 100 concepts typically would underpin a common language, and these must be identified and understood in rich detail. With such a foundation, the number of terms defined may gradually grow to thousands of terms (and included in a “data dictionary”). However, skipping the identification of the underlying concepts and attempting to define terms straightaway, as some do, appears ill-fated. Roles involved include:

✓ Data modelers. In terms of the Zachman Framework, they are responsible for the description and formal representation of the “What” column, rows 1, 2, and 3.
✓ Data definers, who can write clear definitions.
✓ Responsible managers, who represent the interests of their departments AND are also able to collaborate to achieve win-win to meet the needs of the enterprise.
✓ Process managers, who are responsible for coordinating the work.
✓ Enforcers, who ensure that the common vocabulary is adhered to, particularly in databases, computer systems, and applications.
✓ Communicators, who can communicate the concepts to the rest of the organization, to vendors, etc.

In Aera:
– During the planning (EAP) phase, the Aera data architect and three of the business leaders who had transferred to IT were the data modelers and definers, coached by Steve Spewak, and pulling others from business teams as needed.
– During the implementation (EAI) phase:

8. IT and all the business departments must contribute: Each must name a responsible manager, who has the authority to speak for and represent the needs of his/her department. These people serve as change agents and help drive the adoption of the common language in their respective departments. In addition, a critical mass of business and IT staff at all levels of the organization must adopt new ways of thinking and working.

9. Adoption: The common language must be built into the day-to-day vocabulary of the organization and into the processes used to describe the work the organization performs. It also forms the basis of the data architecture which is deployed and adhered to in the development and purchase of new systems (database designs and implementation, application user interfaces, standards to assess commercial off the shelf (COTS) systems, etc.)

10. Growth: The organization must have the capacity to include new concepts and/or terms, as the business grows and changes, and to eliminate those that no longer matter.

In Aera: No new concepts have been added in fifteen plus years. There are now close to 1,500 terms defined in the Zachman Framework row 3 data models.

It is trite to observe all human activity, and especially commerce, depends on common language. Thus it is no surprise that people all over the world are learning English—doing so improves their employability.

To conduct their businesses effectively and efficiently, companies and government agencies need greater precision than “English” alone provides. Still, developing and adopting common languages have proven difficult. We set out, if only for ourselves, to clarify what exactly is required from an organizational perspective. While we expected that we would compile a demanding list, we were surprised just how much consistent, long-term effort is required, up and down the organization chart. So demanding that, as we worked together, we often remarked in frustration, “No current company could muster these resources. This will never happen!”

Thus we appear to have a bit of a paradox:

The apparent need for a common language
vs.
The difficulties in defining and adopting one

Of course, there is no true paradox. Companies do amazing things—when they are sufficiently motivated. This point underscores the importance of the second question we’ve asked ourselves, “What is the business case for a common language?” We’ll report on that as soon as we are able. And we encourage input.

In the meantime, we are making this report available–the need for a common language comes up frequently, often disguised as a data warehouse project, master data management or enterprise data architecture. We urge those promoting such ventures to study this document carefully, lest they underestimate what is required.

David Hay has been producing data models to support strategic and requirements planning for more than thirty years. As President of Essential Strategies International, Mr. Hay has worked in a variety of industries and government agencies. These include banking, clinical pharmaceutical research, and all aspects of oil production and processing. Projects entailed defining corporate information architecture, identifying requirements, and planning strategies for the implementation of new systems.

In addition, Mr. Hay has written other books on metadata, requirements analysis, and UML. He has spoken at numerous international and local data architecture, semantics, user group, and other conferences.

Dr. Thomas C. Redman, “the Data Doc ”,  helps start-ups and multinationals, ++9senior executives, Chief Data Officers, and leaders buried deep in their organizations, chart their courses to data-driven futures, with special emphasis on quality and analytics.   He can be reached at info[at]dataqualitysolutions[dot]com.

He is a founding member of IQ International (prev. IAIDQ) and served as a volunteer and advisor to its Board for Directors for many years.

John Zachman is the originator of the “Framework for Enterprise Architecture” (The Zachman Framework™) which has received broad acceptance around the world as an integrative framework, an ontology for descriptive representations of Enterprises. Mr. Zachman is not only known for this work on Enterprise Architecture, but is also known for his early contributions to IBM’s Information Strategy methodology (Business Systems Planning) as well as to their Executive team planning techniques (Intensive Planning).

Mr. Zachman retired from IBM in 1990, having served them for 26 years. He is Chief Executive Officer of his own education and consulting business, Zachman International® and Owner and Executive Director of the Federated Enterprise Architecture Certification Institute in Washington, D.C.

Mr. Zachman has been focusing on Enterprise Architecture since 1970 and has written extensively on the subject. He has directed innumerable executive team planning sessions. He travels nationally and internationally, teaching and consulting, and is a popular conference speaker, known for his motivating messages on Enterprise Architecture issues. He has spoken to many thousands of enterprise managers and information professionals on every continent.