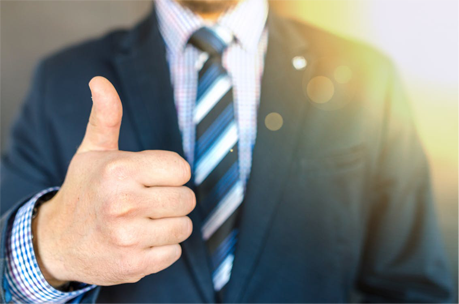 In 2007 the world changed. It took me ages to realise it and often I wish I had noticed right away. Never-the-less I am surprised to find that some people have still not noticed. In 2006 I went to work for a global research firm called Forrester. I was lucky enough to be the Principal for Europe dealing with the leaders of $1Billion+ companies. What this meant was that at least once a month, year after year, I would have long conversations with them. Up to eight people a day, every day. Mostly this was about how they could leverage the latest technology in their organisation, but it gave me insight into how they worked. It was a unique experience to have that level of intimate access to the leaders of our biggest companies.

Marc will be speaking at the Innovation, Business Change & Transformation Conference Europe, 19-21 March 2018, he will be give the following keynote; How to Make a Transformation Out of an Innovation: The Rules Have Changed

I also remember in the same year conversations about “Bring Your Own Device”. This was sparked by the emergence of the iPhone and the fact that so many employees either had one or wanted one. The focus was on the security implication because back then the norm was to secure the perimeter, not the data. Again, most missed the true impact of the mobile world we now live in.

One day, about 2010, I noticed the change was having an effect at a company level. Some of the leaders I was talking to were starting radical initiatives. Only a few of them. But the change had started. The change was led by technology.

One leader of an automotive company told me of his plan to change his company from a truck building company to a provider of transportation services. This was quite radical back then. he was focusing on what the customer wanted; goods moved from A-B rather on the hardware they produced.

Up until then, the whole company focused on the hardware. Each truck had 24 computers on board, but they hardly spoke to one another. I tend to think this was because they reflected the siloed thinking of their creators. Brakes were brakes build by the brakes department, engine management was engine management build by… you get the idea. There was no department of “truck owners” so the owners did not have a voice or a computer. There was no department of “truck driver” so there was very little in the way of technology for the drivers.

Because of this change of perspective new markets and products were able to emerge. The truck company launched service for pre-emptive maintenance. Using telematics owners could decide if they could squeeze in another trip across the continent before a maintenance stop. They could make an informed decision on the risks of breaking down in the wilds of Siberia.

Of course, this system used vast amounts of data that they collected from the trucks moment by moment. It used the reduced cost of over the air transmission that was coming from the consumer use of mobile data, to pass the telematics back to a central store. It was starting to use the changes that commenced in 2007: always on communication; low-cost data transmission; cloud storage and manipulation of data.

The technology revolution of 2007 was starting to take effect.

Over the coming years, I saw other companies launching more and more products based on technology that could not have been viable prior to 2007.

Then it spread. Not only were companies producing new products and services based on technology – but some of these were really disruptive. They were disruptive because the use of technology was enabling new business models. Ways of doing business that were both innovative and impossible for incumbents in the market to replicate.

We have all heard the names of the disruptive companies that everyone mentions. But, there are other unsung companies who are adopting an innovative approach to processes, products and business models.

This led me to three realisations:

1) Digital changes processes, products and business models. Each has a different value and combined they can be disruptive.

2) Business disruption is deliberate and planned by a few to affect the rest. All the disruptors have a plan. A strategy. It is seldom that a disruptive company comes into existence by accident rather than design.

3) The only remaining business advantage is the quality of ideas implemented. Not finance, not distribution, not customer service. All of these combined.

I also noticed that most of the companies I was working with did not get it. For most, technology was a struggle to make the business more efficient internally. The real value of technology as an enabler of new disruptive business models was being ignored

In 2015 I left Forrester Research and started research of my own into how the emerging technology powers new business models. I found that there were 89 new business models that could be derived from, or empowered by, the new technology. I happily spent my time helping companies to become aware of what I called these business model fragments: “Vectors of Disruption”™.

In 2017 I became aware of another shift. I think it is as significant as that of 2007. 2017 is when the power of the first three technology changes combined. This started to generate the next wave of disruption.

This was the year when machines learned to understand spoken English better than humans. The massive stores of data that were being collected in the cloud-enabled a leap forward in AI. Access to huge amounts of real-time data processing in the cloud connected to consumer devices enabled voice agents and heralds huge advances. This is the start of a wave of AI that will change the world.

The mix of computing power, communications and data is enabling amazing things every day. Did you see the 1200 drones flying in formation at the start of the Olympic games? Not possible 2 years ago.

So, what does it mean?

It means a massive business shift driven by technology. Again.

Unfortunately, that is not all. Earlier this year we were also starting to see the problems with digital disruption. These problems were seldom because of the technology. It was almost always people who got in the way of bold initiatives. This is the most difficult part of any move forward.

Recent research shows that 40% of companies are now digitised to some degree and the data of the success and failure is starting to come in. The figures are chilling.

Extrapolating forward from existing data the predictions are that most companies who do not digitise will fail. It is a winner take all environment where there is no room for “me too”. We are going to see a few winners and lots of losers.

I will be speaking at the IRM UK Innovation, Business Change & Transformation Conference Europe on March the 20th. I will discuss the 6 things, derived from research, that you can put in place to ensure success.

Going into this age where a very few winners in every category will take all the success, I wish us all luck – we are going to need it.

Marc Dowd is a specialist in disruptive innovation. He carries out research on how technology trends are changing the world at an increasing rate.
Marc has well over a decade of experience working as an advisor to the leaders of some of the world’s largest firms. Through his consultancy Manage Disruption, he runs masterclasses in disruptive innovation and its impact on business and the world. Marc helps companies of all sizes be disruptive using his “Vectors of Disruption” methodology. Marc is also a founder of PathFinder4.com. PathFinder4 is an inspiring, thought-provoking and exclusive network where experienced leaders and disruptors collaborate to drive radical change and business success. @marcdowd