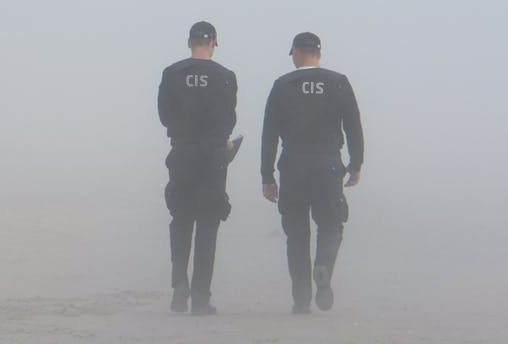 A murder mystery in a laboratory in Miami. CSI Miami. Horatio Cain, the Venetian blond man with sunglasses and a Hummer, leads a particularly successful team that solves murders in Miami. What is the secret of their success? Well, in addition to their above-average appearance and witty one-liners, it is mainly their teamwork. Everyone in Horatio’s team has an expertise. One is a computer expert, an other one can study dead bodies like no other and Horatio Cain, well he’s really good in finding hairs and fibres. Because they all work together with their expertise, they can solve every murder in Miami. The whole is greater than the sum of its parts.

Michaël will be speaking at our Innovation, Business Change & Transformation Conference Europe 19-21 March 2018 as follows: Workshop: The Innovation Game, Conference Session The Key to Innovation is Epibration

However, the success rate of CSI Miami is somewhat in contrast with reality. In 2014, 33% of the Miami murders were resolved. To reflect reality, 2 out of 3 episodes of CSI Miami should end with an open end. Apparently, the teamwork at the real CSI Miami runs a little less smooth.

A murder mystery in a laboratory in Miami. This time it’s not about CSI Miami, but about real scientific research at the University of Miami. During this research, groups must solve a murder mystery together. No Crime Scene Investigation (CSI), but a test of the Collective Information Sampling model (CIS). So basically CIS Miami.

During these CIS experiments in the lab in Miami, a group of participants was presented with a murder mystery. Their assignment was to pick out the killer out of several suspects. Basically a game of Cluedo, but for science. Each participant received a file with the necessary information about the murder conditions and the various suspects.
But not everyone immediately got all the information. Part of the file was the same for everyone, that was the common knowledge of the group. Everyone in the team received that information. But each participant also had relevant information in his or her file that the others didn’t receive. That was the unique knowledge of the members of the group. The experiment was set up in such a way that if the group would share the common and the unique knowledge, than one suspect would clearly come forward as guilty. 35% of the groups managed to pick out the killer. 2% more than the actual success ratio of solved murder cases in Miami.

We naively assume that when we put expert together in room, they will automatically engage in teamwork. But the research showed that our idea of ‘teamwork’ is just as much an exaggeration of reality as CSI Miami.

How to build a team from a group

A group with all the necessary knowledge available to come to the best solution, might still fail. How is that possible? Everything has to do with group dynamics. Do the participants of the group share and process all their information? That determines how well a group functions. Instead, we focus on what we have in common at the expense of the possible added value we can bring to the group.

Here are three ways to help your team to counter this.

1. Say what everyone already knows.

Talking about shared knowledge is a bit like patting each other on the back. By repeating shared knowledge, you value the others and yourself as more competent and productive. In experiments it was shown that people who bring new information into the group are often ignored or not taken seriously. Suppose you have unique knowledge that is relevant to the group, pat them on their back first with a bit of shared information. Before you make your point, first sum up what we already know and then add your unique insight. That way the chance that your unique, relevant insights will be ignored decreases significantly.

When you propose new information or ideas, you always put yourself in a vulnerable position. If the the group thinks your proposals are totally ridiculous, or worse, they just ignore it, you won’t be motivated to share new insights with the group. That’s what the psychological safety of a group is about. In an unsafe group you’ re afraid to your new proposals or ideas might be used against you. Individual preparation can make a big difference here. People generate more and beter ideas when they work alone then when they work in a group. Before you come together as a team, ask everyone to prepare 3 proposals. That way everybody has to share ideas and everyone puts themselves in that vulnerable position.

The most important thing is that the group discusses with each other in a constructive way. In fact, you need a safe group to be able to have lively discussions about the assignment. Provoke discussion ask the team “What if …?” Questions. “What if he’s right?” “What if this doesn’t work?”. “What if we could get that budget?”. “What if …?” -questions provide a 45% increase in correct decisions in a group. They make the team reflect and share more with the team.

These three tricks might take you one step closer to a beter group dynamics in your team. Make sure that people in the group can and want to share their unique knowledge. That they want to discuss it. And if you succeed in doing that, the whole might actually become more than the sum of its’ parts.

Michaël Van Damme is an experimental psychologist. In context of his PhD at Ghent University he studied and experimented on innovation and creativity in teams. Michaël has a unique expertise on the science of innovation in teams and organizations, group dynamics, charisma, humor and behavioural change. He’s passionate about translating this evidence based knowledge to tools, techniques and interventions that change behaviour at work. Therefore he started a Ghent University Spin-off in 2015: The Forge. Follow him at @WeAreTheForge