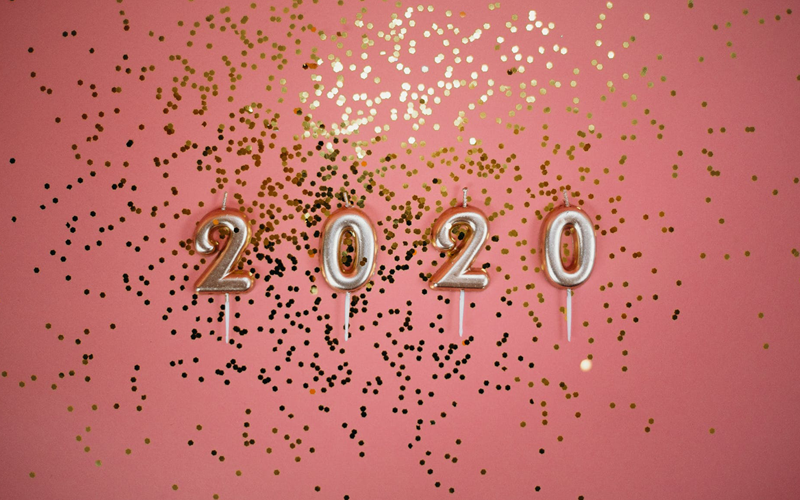 I was slow on the uptake, and it took me a while to realise why several people seemed to be going to parties dressed either as flappers or Al Capone on New Year’s Eve.  Then I realised that the Twenties have come around again.  Not knowing much about ‘The Roaring Twenties’ I thought I would do some research and see if there were any parallels with what we can expect in the coming decade.  It turns out that we mostly need something very different to happen this decade than the one hundred years ago.

The Roaring Twenties have been dubbed as the era of Mass Consumerism with the economy doubling in the period from 1920-1929, absolutely astonishing growth.  And we know now that it was followed by the Great Depression.  Many Americans had extra money to spend and they didn’t hold back, spending it on clothes, electrical goods and new-fangled devices such as radios.  In the present 2020s we desperately need consumerism to go in the opposite direction.  To save the planet we all need today’s households to be buying less and becoming more minimalist in their possessions and clothes.  Encouragingly, over Christmas, I did detect a trend in this direction, hearing that several friends had put a cap on their Christmas spending and had chosen not to buy items superfluous to requirements.  In the West we have far more than we need anyway, so why not give away our excesses to the poor over the coming decade.

The most common image of the Twenties was the flapper, a symbol of the young, free and more empowered woman, freer to express her sexuality more than previous generations.  This feeling of female freedom came from women being given the vote (in America this was via the 19th Amendment to the Constitution in 1920).  In addition, more women worked than ever before and home technologies such as the vacuum cleaner and washing machine eliminated some of their manual work at home.  Birth control devices such as the diaphragm also allowed them to have less children.

Whilst we have travelled some distance towards equality during the previous century, in this coming decade we must go much further and embrace more of the feminine in our businesses.  The leadership style that dominates with business and other arenas is a masculine form of leadership and unfortunately the smaller percentage of women in leadership have been forced to behave in masculine ways.  Both men and women at work need to embrace the qualities of feminine leadership for a better world:  empathy, vulnerability, humility, inclusivity, patience, balance and more.

The most important consumer product of the 1920s was, of course, the car.  Low prices and good credit terms made the car an affordable luxury for many and by the end of the decade there was one car for every five American families.  How much do we need to see this reverse in the 2020s, at least cars with internal combustion engines?  How about we aim for no petrol or diesel cars being in our homes or businesses by 2025 with all our new cars being electric or hydrogen-powered over the next two years?  Alongside this, our public transport systems should be subsidised to reduce fares by 50% at least, which will drive more cars off the road.  Last week, as normal for January, rail fares have increased by 2.7% whereas in the more forward-thinking Germany they reduced by 10% this week.  In real terms since 1980, bus and coach fares have increased 64%, rail fares by 63% and motoring has reduced by 20%.  It’s the wrong way around!

Prohibition was widespread during the 1920s and, whilst some may argue for Dry January to continue longer into the year for reasons of health, a far greater source of social tension in American cities was caused by the great migration of African Americans moving to northern American cities.  The most appalling example of overt racism was the Tulsa Race Massacre in 1921.  A white mob attacked residents in a black neighbourhood of Tulsa, Oklahoma, killing hundreds and making thousands homeless.  This significant event has largely been covered up by the history books.  As this decade begins I and many others are gravely concerned by the growing levels of racism in our own UK cities.  We must continue to speak out loudly against this pernicious evil and ensure that full inclusivity is demonstrated in our businesses and communities, ridding ourselves of any unconscious bias.

Interestingly in the 1920s there was also a distinct ‘Cultural Civil War’ between city-dwellers and small-town residents.  For comparison, look at the map of the UK after the recent election to see how politically different our cities are compared to most of the rest of the country.  The current calls to ‘bring the country together’ will never happen through a government that, to many, is propagating division between black and white, immigrant and national, rich and poor, privileged and disempowered.  The businesses and people determined to be a Force for Good can and will heal these divisions.

The Teapot Dome Scandal of the 1920s shocked many Americans, who up until then, had generally believed the best about their politicians.  It was a complicated affair but involved oil companies, illegal alcohol sales, bribery, corruption and a womanising president.  It was the first time a U.S. cabinet official served a prison term for a crime committed in office.  Anything sound familiar?  Whilst politicians in the UK fell from grace a few years ago with the expenses scandal, many would be absolutely amazed at the amount of bribery and corruption influencing UK government decisions today, if they knew half of what goes on.  It is our job as ethical businesses to speak out against this corruption whenever we see it or hear of it.

Finally, to end on a positive, the Roaring Twenties saw a wonderful fusion of cultures, particularly in cities of USA and Europe.  Jazz, cabaret and dancing came to the fore.  In Germany the decade was known as Goldene Zwanziger (the golden twenties) and in France Les Annees folles (the crazy years).  There was fun and laughter and dancing – all of which we could do with more of.  I went to a couple of events in 2019 which exhibited a wonderful fusion of the business, arts, political and spiritual worlds.  We must not live in our individual business box but embrace the spheres we are less involved in ourselves.

The Roaring Twenties were, of course, a precursor to some depressing years, in America, the Great Depression and in Europe the financial crash lead to an environment where fascism could develop.  Perhaps in tis fusion had happened then, the awful events that followed may not have happened.  Certainly, our job in the 2020s is to ensure sustainability is predominant.  All UK companies must play their part in heading towards carbon net zero and that our businesses help decrease the gap between rich and poor rather than increasing it.  It will be a difficult task but will also be great fun too and it is a privilege to be a world-changer.  Are you and your business up for the challenge?

Paul Hargreaves is one of the leading voices in the UK encouraging and inspiring businesses to move away from simply being about making money to becoming a ‘Force for Good’ and in 2019 published a book with that title.  Within his own business, and through speaking to other business leaders, Paul inspires personal change, his 4th bottom line, to facilitate a change that the world so badly needs. Twenty years ago, Paul founded Cotswold Fayre, a speciality food wholesale business, which has grown to become the leading wholesaler in the fast-growing speciality food sector.  The company declared carbon neutrality in August 2019. Since 2015 Cotswold Fayre has been certified as a B Corporation.  B Corps are companies that meet the highest standards of overall social and environmental performance and Paul is an ambassador for the movement within the UK.