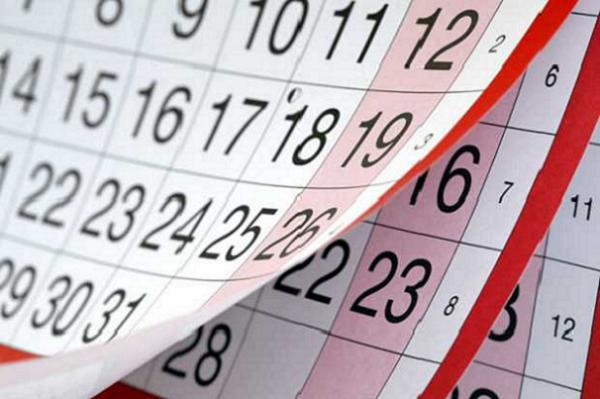 Time flies as Virgil observed some 2,045 years ago. A rather shorter six months back I attended the inaugural IRM(UK) Chief Data Officer Executive Forum and recently I returned for the second of what looks like becoming biannual meetings. Last time the umbrella event was the IRM(UK) Enterprise Data and Business Intelligence Conference 2015 [1], this session was part of the companion conference: IRM(UK) Master Data Management Summit / and Data Governance Conference 2016.  This article looks to highlight some of the areas that were covered in the forum, but does not attempt to be exhaustive, instead offering an impressionistic view of the meeting. One reason for this (as well as the author’s temperament) is that – as previously – in order to allow free exchange of ideas, the details of the meeting are intended to stay within the confines of the room.

Last November, ten themes emerged from the discussions and I attempted to capture these over two articles:

The headlines appear below:

2.The CDO most logically reports into a commercial area (CEO or COO)

3.The span of CDO responsibilities is still evolving

4.Data Management is an indispensable foundation for Analytics, Visualisation and Statistical Modelling

5.The CDO is in the business of driving cultural change, not delivering shiny toys

6.While some CDO roles have their genesis in risk mitigation, most are focussed on growth

8.Data and Information need to be managed together

9.Data Science is not enough

10.Information is often a missing link between Business and IT strategies

One area of interest for me was how things had moved on in the intervening months and I’ll look to comment on this later.

By way of background, some of the attendees were shared with the November 2015 meeting, but there was also a smattering of new faces, including the moderator, Peter Campbell, President of DAMA’s Belgium and Luxembourg chapter. Sectors represented included: Distribution, Extractives, Financial Services, and Governmental.

The discussions were wide ranging and perhaps less structured than in November’s meeting, maybe a facet of the familiarity established between some delegates at the previous session. However, there were four broad topics which the attendees spent time on: Management of Change (Theme 5); Data Privacy / Trust; Innovation; and Value / Business Outcomes.

While clearly the second item on this list has its genesis in the European Commission’s recently adopted General Data Protection Regulation (GDPR [2]), it is interesting to note that the other topics suggest that some elements of the CDO agenda appear to have shifted in the last six months. At the time of the last meeting, much of what the group talked about was foundational or even theoretical. This time round there was both more of a practical slant to the conversation, “how do we get things done?” and a focus on the future, “how do we innovate in this space?”

Perhaps this also reflects that while CDO 1.0s focussed on remedying issues with data landscapes and thus had a strong risk mitigation flavour to their work, CDO 2.0s are starting to look more at value-add and delivering insight (Theme 6). Of course some organisations are yet to embark on any sort of data-related journey (CDO 0.0 maybe), but in the more enlightened ones at least, the CDO’s focus is maybe changing, or has already changed (Theme 3).

Some flavour of the discussions around each of the above topics is provided below, but as mentioned above, these observations are both brief and impressionistic:

Escher applies to most aspects of human endeavour

The title of Managing Change has been chosen (by the author) to avoid any connotations of Change Management. It was recognised by the group that there are two related issues here. The first is the organisational and behavioural change needed to both ensure that data is fit-for-purpose and that people embrace a more numerical approach to decision-making; perhaps this area is better described as Cultural Transformation. The second is the fact (also alluded to at the previous forum) that Change Programmes tend to have the effect of degrading data assets over time, especially where monetary or time factors lead data-centric aspects of project to be de-scoped.

On Cultural Transformation, amongst a number of issues discussed, the need to answer the question “What’s in it for me?” stood out. This encapsulates the human aspect of driving change, the need to engage with stakeholders [3] (at all levels) and the importance of sound communication of what is being done in the data space and – more importantly – why. These are questions to which an entire sub-section of this blog is devoted.

On the potentially deleterious impact of Change [4] on data landscapes, it was noted that whatever CDOs build, be these technological artefacts or data-centric processes, they must be designed to be resilient in the face of both change and Change.

As referenced above, the genesis of this topic was GDPR. However, it was interesting that the debate extended from this admittedly important area into more positive territory. This related to the observation that the care with which an organisation treats its customers’ or business partners’ data (and the level of trust which this generates) can potentially become a differentiator or even a source of competitive advantage. It is good to report an essentially regulatory requirement possibly morphing into a more value-added set of activities.

It might be expected that discussions around this topic would focus on perennials such as Big Data or Advanced Analytics. Instead the conversation was around other areas, such as distributed / virtualised data and the potential impact of Block Chain technology [5] on Data Management work. Inevitably The Internet of Things [6] also featured, together with the ethical issues that this can raise. Other areas discussed were as diverse as the gamification of Data Governance and Social Physics, so we cast the net widely.

Here we have the strongest link back into the original ten themes (specifically Theme 6). Of course the acme of data strategies is of little use if it does not deliver positive business outcomes. In many organisations, focus on just remediating issues with the current data landscape could consume a massive chunk of overall Change / IT expenditure. This is because data issues generally emanate from a wide variety of often linked and frequently long-standing organisational weaknesses. These can be architectural, integrational, procedural, operational or educational in nature. One of the challenges for CDOs everywhere is how to parcel up their work in a way that adds value, gets things done and is accretive to both the overall Business and Data strategies (which are of course intimately linked as per Theme 10). There is also the need to balance foundational work with more tactical efforts; the former is necessary for lasting benefits to be secured, but the latter can showcase the value of Data Management and thus support further focus on the area.

While the risk aspect of data issues gets a foot in the door of the Executive Suite, it is only by demonstrating commercial awareness and linking Data Management work to increased business value that any CDO is ever going to get traction. (Theme 6).

The next IRM UK CDO Executive Forum will take place on 9th November 2016 in London – if you would like to apply for a place please e-mail [email protected].

The author would like to acknowledge the input and assistance of his fellow delegates, both initially at the IRM(UK) CDO Executive Forum itself and later in reviewing earlier drafts of this article. As ever, responsibility for any errors or omissions remains the authors.

[1]   I’ll be speaking at IRM(UK) ED&BI 2016 in November. Book early to avoid disappointment!
[2]   Wikipedia offers a digestible summary of the regulation here. Anyone tempted to think this is either a parochial or arcane area is encouraged to calculate what the greater of €20 million and 4% of their organisation’s worldwide turnover might be and then to consider that the scope of the Regulation covers any company (regardless of its domicile) that processes the data of EU residents. [3]   I’ve been itching to use this classic example of stakeholder management for some time: Rupert Edmund Giles – I’ll be happy if just one other person gets it.
[4]   The capital “c” is intentional.
[5]   Harvard Business Review has an interesting and provocative article on the subject of Block Chain technology.
[6]   GIYF

Peter James Thomas has held senior international roles at Chubb Insurance, De Beers, Greene King, Validus Holdings, XL Catlin, Bupa and Lloyds Banking Group. While he has an IT background, having spent the first 8 years of his career in a start-up software house, Peter now most frequently operates in the nexus between business, technology and change. He has filled the “Top Data Job” in a number of organisations from 2000 onwards. Peter has a strong background in strategy development, data management, analytics, business intelligence and data warehousing. He is generally focussed on helping companies to successfully navigate the data to information to insight to action journey. Peter is a regular speaker on these topics and blogs at www.peterjamesthomas.com.