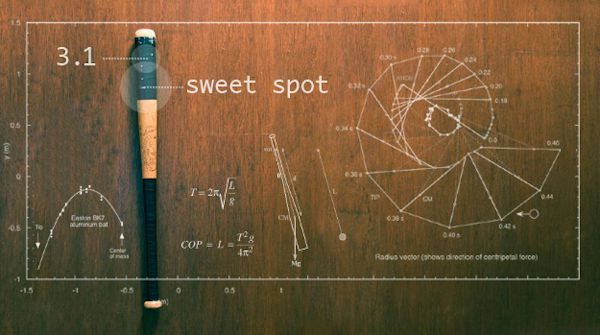 I verbally “scribbled” something quite like the exhibit above recently in conversation with a longstanding professional associate. This was while we were discussing where the CDO role currently sat in some organisations and his or her span of responsibilities. We agreed that – at least in some cases – the role was defined sub-optimally with reference to the axes in my virtual diagram.

Peter Thomas,  Expert in the Data to Information to Insight to Action Journey, [email protected]

This discussion reminded me that I was overdue a piece commenting on November’s IRM(UK) CDO Executive Forum; the third in a sequence that I have covered in these pages [1], [2]. In previous CDO Exec Forum articles, I have focussed mainly on the content of the day’s discussions. Here I’m going to be more general and bring in themes from the parent event; IRM(UK) Enterprise Data / Business Intelligence 2016. However I will later return to a theme central to the Exec Forum itself; the one that is captured in the graphic at the head of this article.

As well as attending the CDO Forum, I was speaking at the umbrella event. The title of my talk was Data Management, Analytics, People: An Eternal Golden Braid [3].

The real book, whose title I had plagiarised, is Gödel, Escher and Bach, an Eternal Golden braid, by Pulitzer-winning American Author and doyen of 1970s pop-science books, Douglas R. Hofstadter [4]. This book, which I read in my youth, explores concepts in consciousness, both organic and machine-based, and their relation to recursion and self-reference. The author argued that these themes were major elements of the work of each of Austrian Mathematician Kurt Gödel (best known for his two incompleteness theorems), Dutch graphic artist Maurits Cornelis Escher (whose almost plausible, but nevertheless impossible buildings and constantly metamorphosing shapes adorn both art galleries and college dorms alike) and German composer Johann Sebastian Bach (revered for both the beauty and mathematical elegance of his pieces, particularly those for keyboard instruments). In an age where Machine Learning and other Artificial Intelligence techniques are moving into the mainstream – or at least on to our Smartphones – I’d recommend this book to anyone who has not had the pleasure of reading it.

In my talk, I didn’t get into anything as metaphysical as Hofstadter’s essays that intertwine patterns in Mathematics, Art and Music, but maybe some of the spirit of his book rubbed off on my much lesser musings. In any case, I felt that my session was well-received and one particular piece of post-presentation validation had me feeling rather like these guys for the rest of the day:

What happened was that a longstanding internet contact [5] sought me out and commended me on both my talk and the prescience of my July 2009 article, Is the time ripe for appointing a Chief Business Intelligence Officer? He argued convincingly that this foreshadowed the emergence of the Chief Data Officer. While it is an inconvenient truth that Visa International had a CDO eight years earlier than my article appeared, on re-reading it, I was forced to acknowledge that there was some truth in his assertion.

To return to the matter in hand, one point that I made during my talk was that Analytics and Data Management are two sides of the same coin and that both benefit from being part of the same unitary management structure. By this I mean each area reporting into an Executive who has a strong grasp of what they do, rather than to a general manager. More specifically, I would see Data Compliance work and Data Synthesis work each being the responsibility of a CDO who has experience in both areas.

It may seem that crafting and implementing data policies is a million miles from data visualisation and machine learning, but to anyone with a background in the field, they are much more strongly related. Indeed, if managed well (which is often the main issue), they should be mutually reinforcing. Thus an insightful model can support business decision-making, but its authors would generally be well-advised to point out any areas in which their work could be improved by better data quality. Efforts to achieve the latter then both improve the usefulness of the model and help make the case for further work on data remediation; a virtuous circle.

Here we get back to the vertical axis in my initial diagram. In many organisations, the CDO can find him or herself at the extremities. Particularly in Financial Services, an industry which has been exposed to more new regulation than many in recent years, it is not unusual for CDOs to have a Risk or Compliance background. While this is very helpful in areas such as Governance, it is less of an asset when looking to leverage data to drive commercial advantage.

Symmetrically, if a rookie CDO was a Data Scientist who then progressed to running teams of Data Scientists, they will have a wealth of detailed knowledge to fall back on when looking to guide business decisions, but less familiarity with the – sometimes apparently thankless, and generally very arduous – task of sorting out problems in data landscapes.

Despite this, it is not uncommon to see CDOs who have a background in just one of these two complementary areas. If this is the case, then the analytics expert will have to learn bureaucratic and programme skills as quickly as they can and the governance guru will need to expand their horizons to understand the basics of statistical modelling and the presentation of information in easily digestible formats. It is probably fair to say that the journey to the centre is somewhat perilous when either extremity is the starting point.

Let’s now think about the second and horizontal axis. In some organisations, a newly appointed CDO will be freshly emerged from the ranks of IT (in some they may still report to the CIO, though this is becoming more of an anomaly with each passing year). As someone whose heritage is in IT (though also from very early on with a commercial dimension) I understand that there are benefits to such a career path, not least an in-depth understanding of at least some of the technologies employed, or that need to be employed. However a technology master who is also a business neophyte is unlikely to set the world alight as a newly-minted CDO. Such people will need to acquire new skills, but the learning curve is steep.

To consider the other extreme of this axis, it is undeniable that a CDO organisation will need to undertake both technical and technological work (or at least to guide this in other departments). Therefore, while an in-depth understanding of a business, its products, markets, customers and competitors will be of great advantage to a new CDO, without at least a reasonable degree of technical knowledge, they may struggle to connect with some members of their team; they may not be able to immediately grasp what technology tasks are essential and which are not; and they may not be able to paint an accurate picture of what good looks like in the data arena. Once more rapid assimilation of new information and equally rapid acquisition of new skills will be called for.

At this point it will be pretty obvious that my central point here is that the “sweet spot” for a CDO, the place where they can have greatest impact on an organisation and deliver the greatest value, is at the centre point of both of these axes. When I was talking to my friend about this, we agreed that one of the reasons why not many CDOs sit precisely at this nexus is because there are few people with equal (or at least balanced) expertise in the business and technology fields; few people who understand both data synthesis and data compliance equally well; and vanishingly few who sit in the centre of both of these ranges.

Perhaps these facts would also have been apparent from revewing the CDO job description I posted back in November 2015 as part of Wanted – Chief Data Officer. However, as always, a picture paints a thousand words and I rather like the compass-like exhibit I have come up with. Hopefully it conveys a similar message more rapidly and more viscerally.

To bring things back to the IRM(UK) CDO Executive Forum, I felt that issues around where delegates sat on my CDO “sweet spot” diagram (or more pertinently where they felt that they should sit) were a sub-text to many of our discussions. It is worth recalling that the mainstream CDO is still an emergent role and a degree of confusion around what they do, how they do it and where they sit in organisations is inevitable. All CxO roles (with the possible exception of the CEO) have gone through similar journeys. It is probably instructive to contrast the duties of a Chief Risk Officer before 2008 with the nature and scope of their responsibilities now. It is my opinion that the CDO role (and individual CDOs) will travel an analogous path and eventually also settle down to a generally accepted set of accountabilities.

In the meantime, if your organisation is lucky enough to have hired one of the small band of people whose experience and expertise already place them in the CDO “sweet spot”, then you are indeed fortunate. If not, then not all is lost, but be prepared for your new CDO to do a lot of learning on the job before they too can join the rather exclusive club of fully rounded CDOs.

The next IRM UK CDO Executive Forum will take place on 17th May 2017 in London – if you would like to apply for a place please e-mail [email protected].

As an erstwhile Mathematician, I’ve never seen a framework that I didn’t want to generalise. It occurs to me and – I assume – will also occur to many readers that the North / South and East / West diagram I have created could be made even more compass-like by the addition of North East / South West and North West / South East axes, with our idealised CDO sitting in the middle of these spectra as well [6].

Readers can debate amongst themselves what the extremities of these other dimensions might be. I’ll suggest just a couple: “Change” and “Business as Usual”. Given how organisations seem to have evolved in recent years, it is often unfortunately a case of never the twain shall meet with these two areas. However a good CDO will need to be adept at both and, from personal experience, I would argue that mastery of one does not exclude mastery of the other.

Peter James Thomas has held senior international roles at Chubb Insurance, De Beers, Greene King, Validus Holdings, XL Catlin, Bupa and Lloyds Banking Group. While he has an IT background, having spent the first 8 years of his career in a start-up software house, Peter now most frequently operates in the nexus between business, technology and change. He has filled the “Top Data Job” in a number of organisations from 2000 onwards. Peter has a strong background in strategy development, data management, analytics, business intelligence and data warehousing. He is generally focussed on helping companies to successfully navigate the data to information to insight to action journey. Peter is a regular speaker on these topics and blogs at www.peterjamesthomas.com.